Go to content
Meet the Holy Land Guru, Dr. Bob Grant.
Dr. Bob, as many people call him, was born in Canada and moved to the United States to further his education.
He graduated from the St Paul Bible College (now Crown College) with a degree in Bible.  He then went on to Wheaton College(where Billy Graham went) where he earned his BA in history.
From there he went to Fuller Theological Seminary and earned his M. Div. degree. At that time he was also the co pastor of a large interdenominational Community Church in California and was also one of the 2  principals in the establishment of the California Graduate School of Theology from which he later earned his PhD and was recently honored by the Graduate School with a DD degree.
In 1967 Dr. Bob began escorting American Church groups to the Holy Land, going to Israel, Egypt, Jordan, Turkey, Syria and parts of Europe.
Because of his success in doing this with thousands of friends joining him, and hundreds of ministers of many denominations bringing groups from their churches, he was appointed Vice President of a major travel firm that then was the largest in the world in this specialized form of travel. His focus was concentrating on organizing pastor-led church groups from various denominations to travel to the Holy Land. He did this extensively for more than 25 years. 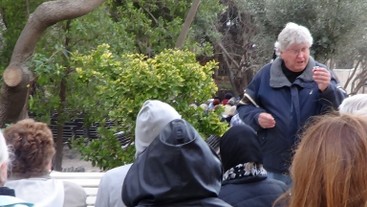 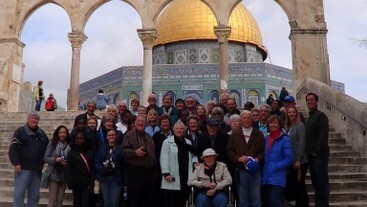 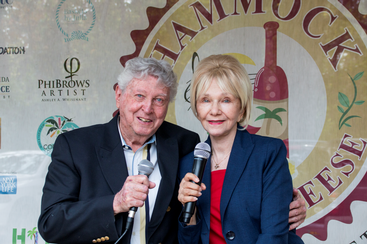 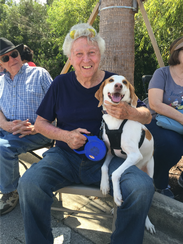 His most recent journey to the Bible Lands was in January 2018.
In 1983,  Canadian born, Bob became a proud, naturalized American citizen, and in 1985 he and Judy were married.
Bob is well known for his knowledge of the lands of the Bible and for his ability to teach the Bible in an interesting and contemporary manner.
The “Holy Land Guru” and Judy make their home in Palm Coast Florida where, when he can, Dr. Bob enjoys traveling the waterways of Florida in his 40’ diesel trawler and preparing for the next special opportunity to take friends to the Bible Lands and see their lives changed forever.
A journey arranged by  the “Holy Land Guru” is a very special experience because of Bob’s personal commitment to make this, once in a lifetime experience, the very best it can possibly be for you.
Back to content